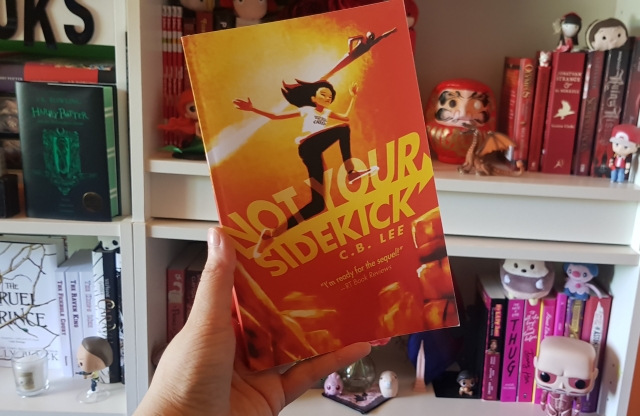 “We can’t just sit on our asses and not live our lives while we’re trying to expose a corrupt government.”

I love superheroes. I think I have watched every single superhero movie at least once and I remember to have loved almost every one of them. I’m more a movie/show kind of girl, but I have enjoyed a few comic books in the past.

I loved the idea of solar flares messing up the planet and activating the meta gene creating meta humans with all types of superpowers. The solar flares reminded me of the fantastic four with a dystopian twist; the flares hitting the Earth changed life as we know it and chaos and death was upon humanity. A lot of years later, cities are full of diversity due to migration caused by radiation and the search for habitable cities.

Cities have also their own superheroes, each of them with secret identities, heroes names and sidejobs. Everyone waiting for powers to manifest so that they can apply to heroes accademy and be part of a group of people with abilities to save citizens in danger.

Jess has two superheroes parents and a superhero big sister but her powers hasn’t manifested and they say that after you turn seventeen, there’s almost zero possibility of the gene activating. Of course she is bummed, who wouldn’t be? So when the opportunity presents to start an internship in the secret lair of her city’s villains, the Mischiefs, she accepts kind like an act of rebellion. Her crush, Abby, also works there, so it’s also an opportunity to get to know her better and maybe ask her out.

But there’s more to the heroes and villains situation that the government doesn’t want the people to see. Villains are disappearing and nobody seems to care. Jess will find herself involved in something more than a simple internship: fights, hidden truths, conspiracy, thrilling mysteries to solve. I needed to know more.

What is going to happen? Are Jess, Abby, Bells, and Emma going to be okay? I hope so! I have so many questions and I’m curious about a lot of things.

I loved the world building and the writing captivated me. I read it as fast as I could. It was seriously unputdownable. Highly recommended if you’re into superheroes like myself!

2 thoughts on “Not Your Sidekick by C.B. Lee”