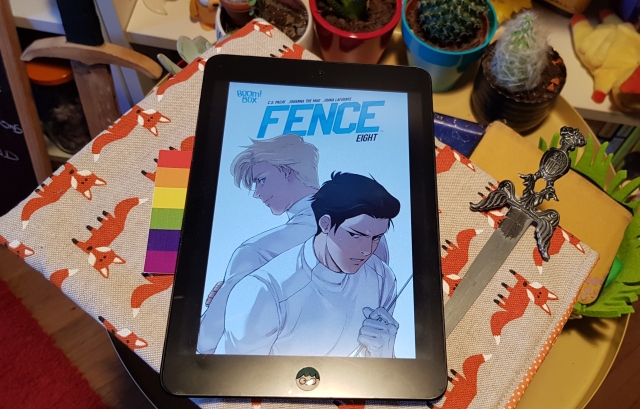 “Now that they understand his skill, they’ll treat him differently. Whether they’re jealous and hate him, or they put him on a pedestal. His talent is isolating. It sets him apart. It probably has his whole life.”

Such a fun volume to read. I already loved Seiji to pieces, but now I love him even more. Also, Nicholas is a sweetie and he is the only one who can make Seiji make so many sorts of faces. I love it. I love them. The characters are more interesting the more I read. All of this is making me say the same thing I say every month: why is it so short and why do I have to wait a whole month to read more??

It was nice to see Seiji’s ASSets. Nice assets, really!

It was refreshing seeing Seiji’s morning workout regime. It also made me pretty concerned about this precious boy because he wakes up really early and pushes himself to the limit every single day. He needs to be the best, and for now, he isn’t. He is number 2 and that stinks! My boy Seiji deserves the crown and he will get it by being cuddly with his new best buddy Nicholas. Seiji and Nicholas best fencing bros forever! 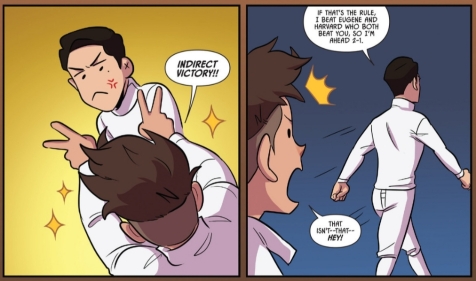 You’re cute Seiji! And you’re cute only when Nicholas is involved!

Seiji against Harvard was a wild match, and I loved how it shut up those awful jealous guys hating on Seiji. Harvard is super strong, but Seiji’s talent is just something else. I love how Harvard isn’t like the other boys; he isn’t jealous of Seiji, he wants to be better and he recognizes he still has things to fix and to learn. Harvard is an amazing character. I ship him with Aiden so hard! So, so hard!

Here I am waiting again, resetting the monthly countdown on my phone and anxiously waiting for volume 9!!