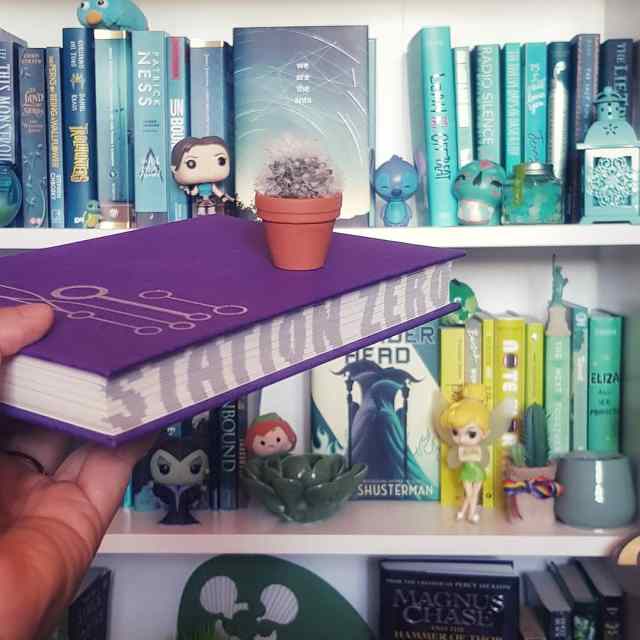 He was a face behind glass again, looking out at all the passing worlds. He felt calm for the first time in months.

When I picked up the first book of this series, I did it mainly because of its cover and the synopsis was just too intriguing to ignore. Sentient trains riding from one planet to another? When I still think about it, it was pretty obvious to me that I was going to love this series. And I did, until the very end.

In this conclusion the empire is divided in two: the Prell part which is the racist part basically, and the Threnody part. Prell hates aliens and wants to close the new gates and stop the new aliens from coming through. He wants there to only be humans. Prell sucks. Threnody is the empress of the new reality of aliens coming back and forth to the human planets. But Threnody doesn’t have real power, she’s just a puppet, the image girl of the new present, nothing more. She needs to step up. Meanwhile, Zen is once again a wanted person and he’ll be facing many obstacles to find Nova and be with her again. And Nova? Let’s just say she’s been busy!

The Guardians have always been figures of mystery in my eyes; they have this weird names and weird appearance and they hate the new gates. They want to keep the humans blind to what really happened in the past with the railmaker so that they can keep them quiet and obedient. But that can’t be possible now with the gates open. I loved their meetings’ locations and the guardians we haven’t met in the previous books were a great addition. This story is original and so easy to get into and love.

I thought the ending was just the way I would’ve written it if I was as talented as Philip Reeve. I loved the importance given to certain character you’d thought were going to be left in the background. I was just glad things ended the way they ended. I was very satisfied; it’s weird being this happy about how a book ended, not wishing for a few ulterior chapters with more explanation.

Now I want to read more books by Philip Reeve. I found he has written some that sound really interesting. I don’t want my adventure with his writing to end.